Bishop O’ Dowd is once again loaded with talent and size.  We shall see if they can put it all together to make another deep run in the playoffs.  This team is lead by one of the region’s top OL recruits in Alijah Vera-Tucker.  The defense seems to be the strength of the team with all 4 players returning in the secondary including California Bears commit Je’Quari Godfrey.  Super athlete Jordan Jackson will cause havoc off of the edge with Nate Shepherd patrolling the middle of the field at LB. Offensively they have a ton of weapons such as freshman stud Austin Jones (1300+ rushing last season), 6-5 TE Cooper Hagmaier and athlete Ethan Baker-Greene. 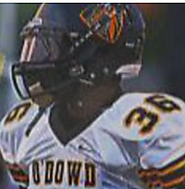